Dungimmon is a townland perfectly placed in a lovely valley between Slieve Na Calliagh (Loughcrew), the Mountain of the Holy Healing Woman and the romantic lake of Lough Sheelin forever linked to the love story of Orwin and Sabina. Slieve Na Calliagh, we always called simply, “The Mountain.”  It’s really just a holy hill.

Thousands and thousands of years ago the light engineers from Dungimmon and the surrounding areas build special caves on that holy mountain. They were incredible geniuses. At the spring and autumn equinoxes, they had these caves or cairns so carefully constructed that the light from the sun would penetrate the darkness of the cave and shine on the far end of it. They even marked the movements of the sun throughout the day with sun symbols. They had other beautiful drawings carved on the walls of the cave.

Long before the Carpenter Poet of Galilee spoke of these things the people from Dungimmon, Ballinacree, Oldcastle and Ballinlough knew that light overcomes all darkness, love overcomes all fear and joy will always banish sorrow. The energy pattern of resurrection, light and love will always overcome the energy pattern of crucifixion, darkness and fear. They were the original “It’s better to light a candle than to curse the darkness” people.

Some thousands of years later St Patrick came and lit his famous Paschal Fire on the hill of Slane. The king and his courtiers saw the fire from the Hill of Tara and a blazing row broke loose in the court. “Who is this light-bringer? This fire lighter? Bring him to me at once.”

So they brought Patrick to the king and they had a fantastic theological conversation over a light lunch of salmon from the Boyne and a local salad washed down by some frothy goblets of local Meath mead. They talked about shamrocks and three persons in the one God. Patrick said, “”I am not here to give you rules. I am here to tell you just one thing – you are loved by God. God will take care of you. That is my experience, and I want it to be your experience.”

That message touched the heart of the king and he was en-light-ened and de-light-ed and he told Patrick that he was free to roam the kingdom with this powerful message.

When the Dark Ages hit Europe, it was the Irish monks who brought the light of the gospel and learning to communities all over Europe from Gaul to Bobbio.

“Light the lamp, light the lamp, light the lamp.” On dark evenings in Dungimmon in the fifties where I grew up those were the words we’d always say to Mammy when she’d roll a piece of newspaper and light it from the fire to light a cigarette. The light from the blazing paper would light up the whole room. My earliest memories of light at home came from flickering candles or from a paraffin oil lamp with a wick that you turned up with a knob on the side to give more light. Then later on we got Tilly paraffin lamps with a pump on the side to pump oil to a white ball-like wick. As the light of the Tilley would dim, Daddy would say, “Give that lamp a pump.”

Around 1957 the “electric” came. Electric light. It transformed communities all over the country. Not only light but fridges, washing machines and milking machines. Baths with hot water and the famous immersion switch. The “sink” switch was okay, but put it to “bath” and financial ruin was just over the horizon. And the famous rhetorical question, “Do you think money grows on trees?”

Ollie Brogan, the Managing Director of ESB International spoke recently on the radio about the incredible success of the company overseas and he paid tribute to the Irish missionaries in Africa who had built up the trust and the goodwill that helped him seal many major deals when he was up against some savage international competition. The light of the Gospel paved the way for the light of the ESB.

Ollie often tells me that the story of how Ireland accelerated its development as a result of rural electrification is a story that resonates deep in the hearts of African leaders. The story of the roll out of electricity to the far corners of Ireland by the state has become a model of development for many African countries. Not just a company cherry-picking the most profitable towns and ignoring the rest. A total roll out from Westport to Dingle. Then things took off for those towns. 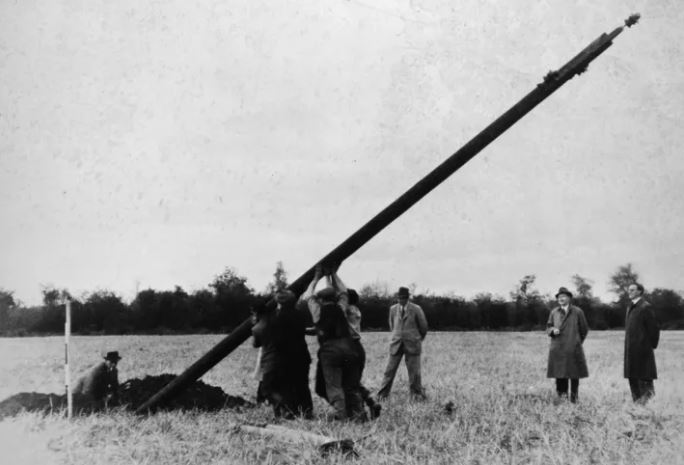 The light and darkness theme always resonated in our valley in Dungimmon. I remember many frosty Christmas childhood Masses in Ballinacree hearing the words: “The people that walked in the darkness have seen a great light. On those living in deep darkness, a light has shone … you have made their gladness greater. You have made their joy increase.” The power of light.

And last words to Marianne again: “As you let your own light shine you unconsciously give other people permission to do the same.”

Let your light shine because as the Carpenter Poet once said, “You are the light of the world.”